As 2020 begins and we try as Americans to evaluate what has brought us to where we are there is good reason to look back at American history.

In the election of 1866, during the period known as Radical Reconstruction in the South (occupied, after the end of the Civil War, by Northern troops 1865-1877) over 80% of Republican voters in the South (all former slaves) easily won positions of power due to former Confederate soldiers not being allowed to vote at all — the whites that could vote in the South voted for the Democratic Party, perhaps because it was the pro-slavery party prior to the Civil War breaking out in 1861.

Today the Democratic Party in the United States is heavily dependent on the “Black vote”, and the Republican Party has few Black members. What happened?

One of my main sources for much of what follows is a relatively new History of the United States, published late in 2018, and written by a Harvard Professor of American History, Jill Lepore. Highly readable, even though it has some 930 pages. 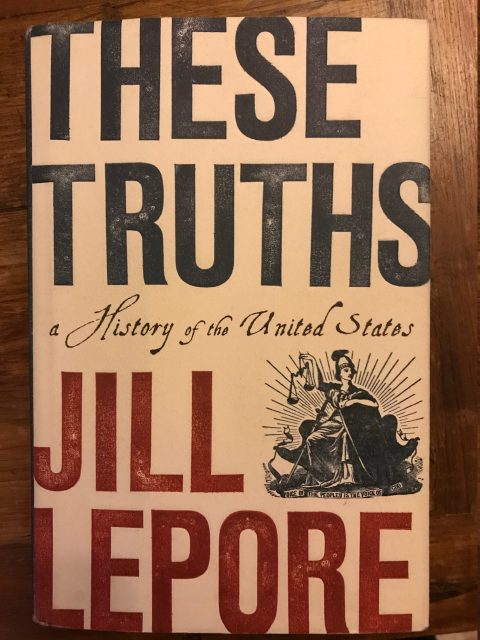 As our memories are at times not to be trusted entirely, I’m using the Oxford University Companion to United States History for fact-checking purposes. Published in 2001 it is also too heavy to carry around in your pocket (940 pages).

The Democratic Party in the 1930’s, under the leadership of President FDR , implemented the New Deal based on Keynesianism – an economic theory derived from the writings of the British economist John Maynard Keynes. Keynes, in response to the Great Depression, challenged the ability of traditional Capitalism to deal with mass unemployment and poverty. According to Keynes public (tax financed) investment would stimulate the economy and create jobs. Workers that had been involved in tax-financed employment would then move back into the private sector due to the greater demand for goods and services. According to Keynes this increased demand was caused by their getting income from tax-financed jobs. FDR’s New Deal policies were extremely popular with the working class and caused the Democratic Party to gravitate towards the interests of the Trade Union movement. Workers, usually men, became the party activists of the Democratic Party and were the infrastructure of the party. The rich were expected to pay higher taxes to ensure the survival of Capitalism.

We are seeing today how Keynesianism is making a comeback in the Presidential election with both Saunders and Warren seeing the benefits of a return to New Deal thinking and Public Works projects as a way of dealing with poverty in America today.

The Republican Party of the 1930’s did not agree with FDR, and denounced public spending as a source of corruption, maintaining that Keynesianism created welfare dependency making the poor unwilling to look for “real jobs” in the private sector. Instead, they promoted the importance of hierarchy and patriarchy and claimed to find virtue in austerity. The Government, according to the Republican Party, needed to cut back on taxes, stop spending money on welfare, and support the needs of the private sector, i.e., help provide access to cheap labor by making unemployment painful. Cultural changes, they maintained, caused cultural decline and should be avoided. Traditional Christian values (God, Country and Family) were promoted. From 1945 to 1955 church membership in American grew from 75 to 100 million members and much of that growth was due to Southern Baptist preachers, white conservative Protestants, such as my fellow North Carolinian Billy Graham. They found a home in the Republican Party. During the 1950’s a new group of women emerged, they were the housewives. For them Family, God and Country were a perfect fit and many joined the Republican Party and took over responsibility for making coffee, baking cookies, and ringing doorbells during elections. By the 1950’s a majority of party activists were women, they had become the infrastructure of the party. In 1972 Nixon began the process of making the Republican Party an anti-abortion party in response to the feelings of Republican women members. Barry Goldwater admitted that there would be no Republican Party without all those women. Nixon couldn’t stand them and said once “I will not go and talk to those shitty ass old ladies!” , but of course he did anyway as they were important for getting him elected.

Ronald Reagan, in 1981, said that “Government is not the solution to our problem, Government is the problem.” Trump agrees. Taxes for the rich need to be lowered and government spending on benefits for the poor must be ended. The poor need to be encouraged to get a job and that can only be done by making unemployment exceptionally painful.

After 9/11, the White Supremacist movement in America began to revive and regain strength based on their two main goals: they wanted to preserve the icons of the Confederacy and also stop all immigration of non-whites into the USA. When Trump started talking about the need for a wall in order to keep out Latino murders and rapists they became enthusiastic supporters of his election. Here we find many of his core supporters today, side by side with Christian groups that may feel uncomfortable with Trump as a person, but feel strongly that Trump has been chosen by God to do numerous Good Deeds, such as outlawing abortion and packing the Supreme Court with Christian Conservatives. The Christian Conservatives had a meeting with Trump during the 2016 election and gave him a list of their candidates to the Supreme Court. Two have been appointed already. They also presented a list of hundreds of Christian Conservative candidates that they wanted to have as federal judges. Trump has been appointing them and well over 100 are already appointed.

I feel that radical changes are needed in the United States, however I am doubtful about the probability of such changes taking place.

In the Democratic Party we have three potential Presidential candidates: Joe Biden, who represents “more of the same” and will not make any radical changes at all, and then we have Saunders/Warren that both represent middle of the road Social Democracy from a European perspective. Neither are “radical” from a German or Swedish perspective. It is understandable that the rich and super-rich in America fear having to pay any taxes, as they are not used to doing so, however the shrinking middle class should vote for Saunders/Warren with both hands and both feet.

If we get another 4 years with Trump we can forget about Democracy in America. Saunders/Warren, if elected in November, will need 10 years or more to repair the damage Trump has already done to American Democracy.